Swartz & Reeder Advisors (formerly Swartz Financial Management Inc) has been around since the 1970s with Michael’s partner Barry Swartz CPA. Michael joined the firm in 2010 directly out of college. Michael became a partner in 2015 and the name of the firm was switched to Swartz & Reeder Advisors. Michael’s wife Mimi Reeder is also a partner and she has been with the firm since 2013. 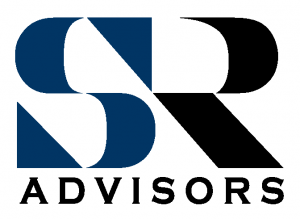 In 2014, SRA acquired a smaller CPA firm in Libertyville, IL. In 2015, SRA acquired another smaller CPA firm in Elgin, IL. One of the clients acquired in these books of accounting/tax businesses was a self-employed franchise consultant. This was the first time Michael learned about the industry of franchise consulting. Already at that time (the years of 2014 and 2015) Michael was looking for something more in his business endeavors beyond just doing accounting and taxes. The experience of acquiring two other CPA firms coupled with working with a new tax client who is in the business of helping people buy businesses sparked a light bulb in Michael’s head and he decided what it was that he wanted to do as a business endeavor in addition to his CPA firm. He decided to open up his own business brokerage / franchise consulting firm and operate it as a separate company simultaneously while still operating SRA, and so that is what he did. And in

2015 saw BizFranHub (formerly On Pace Franchise & Biz Hub) was founded. Michael and his wife Mimi and his childhood friend Jon Pace founded BizFranHub in July 2015. BizFranHub joined the Franchise Brokers Association (FBA) as broker members in July 2015. But this is when Michael found his own niche in the business brokering / franchise consulting industry. Michael cultivated a great relationship with the leadership team of the FBA and they (Michael and FBA leadership) collaborated and made Michael the affiliate CPA of the FBA also in 2015 because both sides recognized there was a need for better accounting / tax / funding / entity structure / financial projection / item 19 / item 21 advice in the industry and with Michael’s background as a CPA in public accounting working with small businesses and individuals this was a perfect need Michael and the FBA were able to satisfy by joining forces, and so they did and they haven’t looked back since.

While Michael and his partners in BizFranHub, Jon and Mimi, have big plans for BizFranHub, Michael has found his niche over the past half decade as a go-to CPA for the small business franchise world. Through his affiliation with the FBA, Michael has built a book of accounting / tax business comprised of many small business franchises clients across the country. Many of these franchising-buying candidates that Michael speaks to on the free one hour consultation calls end up working with SRA after the phone call to create their entity and for ongoing accounting and tax services from that point forward

Michael is a small business owner, owning two businesses. Michael lives the life of a small business owner every day, and can relate to other small business owners and knows how to help them in the context of accounting / tax / entity structure / funding / financial projections / item 19 and 21 analysis. And helping franchise-buying candidates with this type of advice during the business investigation process is Michael’ passion and is one of his core missions in business. Michael understands he and his franchise broker colleagues cannot guarantee their franchise-buying candidates will be successful, but Michael also recognizes the type of accounting / tax / entity structure / funding / financial projection / item 19 and 21 advice the franchise-buying candidates receive during the business investigation process can play a vital role in the candidates long term success as a business owner once they invest in a system and become a franchisee. Michael understands these franchise-buying candidates are relying on the franchise consultants and the franchise consultants’ team of advisors (i.e., Michael) to help them determine which franchises to invest in and how to go about doing so and so Michael goes all in each and every time with every franchise-buying client he speaks with and gives them as much advice as possible in order to help them make as informed a decision as possible when determining which franchise to invest in and how to go about structuring the business purchase and how to implement strategic accounting and tax systems once in operation

Michael and Mimi live in the Chicago suburbs with their dog Opie. They are expecting their first child, a baby girl, in June 2020 and are very excited. In addition to his two businesses, Michael has a passion for personal health and personal development. He has lost over 80 pounds over the past year and does everything he can each day to optimize his personal health and potential as a human being. He loves to stay busy constantly and he loves spending time with Mimi and Opie on nights and weekends relaxing and cooking delicious meals at home. He is also an avid networker on LinkedIn and strives to “network for the sake of networking” with his LinkedIn connections on phone conversations and Zoom meetings as much as possible. Michael loves interacting with other human beings and cultivating relationships with them and learning from them. Michael and Mimi plan to have their own podcast at some point in the future. Michael is currently learning a new language, Bulgarian. Michael goes for a 90 minute walk every morning 7 days a week. Michael practices intermittent fasting every day and fasts for 20-22 hours each day. Michael takes a cold shower every day.

Michael believes a daily dose of “healthy struggle” is vital in order to maximize one’s potential as a human and too much pleasure in daily life without enough “healthy struggle” is a bad thing for a human being, it’s not natural and over-corrects itself over time. Michael takes life one day at a time and tries to maximize each day. Every day. His goal is to live until at least 100 years old

Michael I Reeder on LinkedIn

Guest appearances by Michael I Reeder:

We hope to be a resource for those who work with franchisees or to become a successful franchisees. We want to invite feedback and improve the franchise industry.

The 5 Pillars are:
1.) Finding the Right Opportunity
2.) Getting the Training, Mentoring, Support
3.) Growing a Profitable Business
4.) Improving the Brand
5.) Working to Build Community